The news was stark. What is really true? I remembered my husband’s mother many years ago telling me about how she remembered The Spanish Flu Epidemic of 1918. I recall wondering how she could possibly remember the pandemic at so young an age. It seemed to be burned into her memory.

And she burned it into my young mind that day.

What she said was blunt and exceedingly grim. As her youngest son’s wife, I don’t even know why she told me.  Alice was never one to talk to me about her past even though she knew I was interested.  It was during a short visit at the family’s Barrington home. There were times out of the blue when she’d bite my head off if I asked about something innocuous and innocent.

And what she had to say to me was so powerful.  But she mentioned it in such an offhanded way.  Happenstance talk like it’s a scorcher of a day isn’t it, Gerri? Or today is Tuesday and the trash man is late picking up.

Alice’s father, Tom O’Brien, was a family doctor well-known in Pawtucket as a kind and gentle hardworking physician who regularly made house calls, which was how it was in those days. He was known to have delivered many babies, some at the homes of his patients and others, at one of the local hospitals.

As a general practitioner, he took care of many patients in the state.  And he was well-liked by everyone, especially the families who called him to their homes in the middle of the night.

Alice was all of six years old when the Pandemic struck the United States. What she told me was unnerving. She said that everyone was getting sick. Most died. The ambulances with their sirens were a common theme throughout her Pawtucket neighborhood.

Then, for some reason, the ambulances suddenly were not showing up at the homes of those she knew were sick with the virus on her street and the neighborhood beyond. Everything went silent.  Quiet.

Instead, hearses were called in to pick up the dead. Hearses, she said, would back into the driveways of homes on her street. She watched from the window of her house how entire families - fathers, mothers, children, grandparents – were all carried out of their homes on stretchers and put into hearses that drove away silently.

She said she wondered where the hearses were going.

A Gathering of Poets - "I Wish I Had Been There" 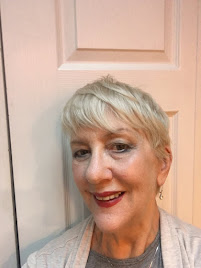